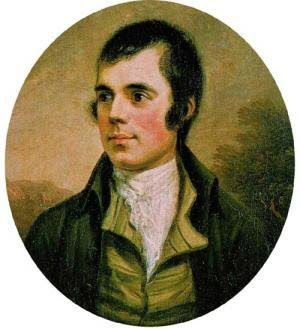 Burns Alive Fife Scotland. Saturday 24th Jan 2009 at Carnegie Hall, East Port, Dunfermline. Telephone 08451 55 55 55. As part of Scotland's celebration of the 250th anniversary of the birth of Robert Burns, Dunfermline Heritage Trust presents a multi-media production featuring David Purdie and Sheena Wellington. This show, which gained a five star recommendation at the Edinburgh Festival, will feature a broad selection of Burns' most famous songs including 'A Man's a Man for a' That', which Sheena sang at the opening of the Scottish Parliament in 1999, as well as classics such as 'Ae Fond Kiss' and 'Red Red Rose'. David Purdie, well known to Burns lovers world-wide, will narrate the life and times of the poet accompanied by spectacular images, drawings and engravings taken from the Scottish National Archive Collection, many of which have never been seen in public before. Robert Burns Biography, a life of the Bard of Scotland.